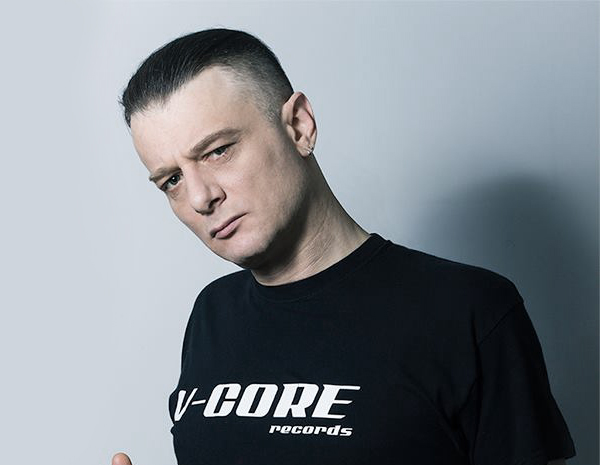 Vortex is the Godfather of hardstyle: DJ and producer for more than twenty years, he imposed his style into the best European clubs, later becoming a worldwide fame producer in the techno scene.

He is the absolute forerunner of the hardstyle phenomenon and is the flagship of the STIK RECORDS since 1997; after all his hard work he also became the A&R of the label. His list of “played at” is almost endless, and there is enough to mention his performances in the USA, Canada, Colombia, Holland, Germany, Switzerland, Spain, Belgium, Poland, England, Denmark, Slovenia, France.. and pratically all the top clubs in Italy.

Furthermore, it is important to mention his numerous successful singles that we all remember: “Incoming”, “Crazy”, “Navimel”, “Come On and Fight”, “I Got Tonight”, “Good Morning”, “My Odissy”, “The Exorcism of Chucky”, “Overload”, “Hot”, “Go DJ”, “Delirio”, “Farina’s Therapy” and the latter ones “Hell Warriors”, “Siempre Fiesta” “Wrecking Core”, “The Rebel”, “1nv4d3rs”, “The Fuck Song”, “Kokane”, “Thug Life” and “Bitch”. In 2010, DJ VORTEX created the V-Core Records label to give life to his new project VEXTOR that he immediately attracted attention with his first release: “Scream” instantly became a floor-killer, even entering in the playlists of some of the world’s best hardcore DJs and beginning a long series of successful releases.

DJ VORTEX has always been very busy with radio broadcasts and is affiliated with many regional broadcasting stations and networks all over the world.