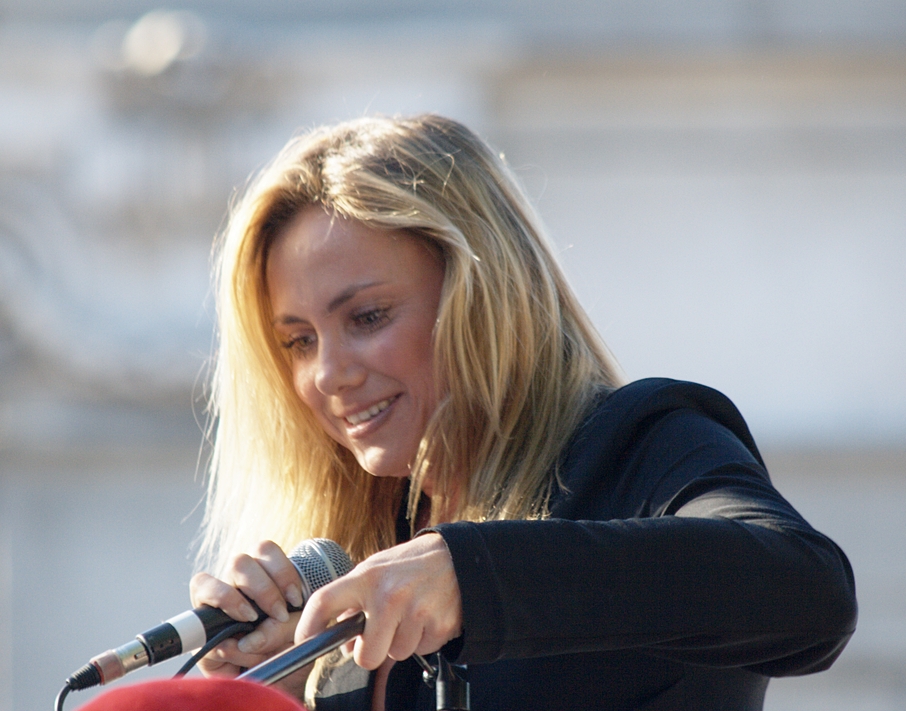 Tina Cousins began as a fashion model. She performed in a Rolling Stones video when she was 20 years old. The turning point of her career was a big fashion show in where she replaced a singer that cancelled. A local record company made a deal with Tina and arranged her to PWL studios where she began working with the producer Pete Waterman (also known from Steps’ songs) and composers like Karl Twigg and Mark Topham.

‘When you’ve done modelling everyone thinks that it’s not really your voice on the record. At first I had to convince people that I really can sing’, she explained. Her first single Killin’ Time was released in 1997 and was a hit all over Europe (78th in MTV’s best dance videos of all time in 1998, no.16 in Israel, no.15 in UK). The following single entitled Angel wasn’t as successful as Killin’ Time (it peaked nevertheless at no.10 in Israel), but the real breakthrough was with Sash! ’s single Mysterious Times from which Tina will always be remembered. The track was featured as well in her first album Killing Time as in the Sash! Life Goes On album.

Tina’s own, third single Pray was a hit in Finland and in Israel where it reached no.3. This gave her more success as a solo artist. The first album Killing Time was released in 1998, first in Finland, where it quickly sold gold. Forever was released as single from the album in 1999. Tina was also seen in Brits Awards ’99 Thank Abba For The Music song that brought together 4 Abba’s hits (Take A Chance On Me, Dancing Queen, Mamma Mia and Thank You For The Music) together with the groups B*Witched, Billie Piper, Cleopatra and Steps.

Even if at first she didn’t want to become only the voice of Sash! she finally decided to record another single in co-operation with Sash! : Just Around The Hill. 2000: Tina has a new single called Nothing To Fear, which was recently released in Australia, whereas her debut album Killin Time was released in the US. 2002: Tina presented her single in October, entitled ‘Come To Me’.

Due to record company issues, Tina did not release anything again until 2005 when she came back with a new single “Wonderful Life”, which was released first in Australia. In 2007, “Wonderful Life” was adopted by one of the largest Australian cinema chains, Hoyts, as their primary pre-feature theme song. “Wonderful Life” cemented Tina back on the Australian music charts reaching 15 and spending 4 months in the top 50 and becoming her biggest radio hit to date, being the 5th most added track on radio.

However, the follow-up “Come To Me” barely cracked the Top 50 (though the video got airplay on the Australian TV), as did the album “Mastermind”. The third single to be taken from the album was “Pretty Young Thing” was released in two CD formats, one of which was limited to 1000 pressings. The third single performed much better than the previous single, “Come To Me”, becoming Tina’s sixth top 30 hit in Australia and ninth to chart overall. The set included a new track “All You Need Is Love” and highly anticipated remixes of the club hit “Hymn”.

Tina spends most of her time between Australia and the UK, performing regularly. A possible sign of her continuing popularity was her guest appearance on Never Mind the Buzzcocks, a British comedy panel show, which was broadcast on the 2nd November 2006. However, it should be noted that she appeared in the game’s “Identity Parade”, which typically features forgotten stars no longer in the limelight. During late 2006, Dance format radio station WMPH became the first Stateside radio station to put any of Tina’s singles in regular rotation.

She co-wrote and performs vocals on two new songs on the latest album by Dutch group 4 Strings, titled “Main Line”. The album has already received great reviews in the USA, where “Curious” became a Top 30 Hot Dance Airplay chart hit and has performed even better on some Rhythmic format radio stations. Tina’s tracks on this cd are “Diamonds” and “Curious”. “Curious” is the next single for, released in US on Ultra Records It will later be followed by the release in the UK and Australia.

Tina has recently announced on her website that her first solo album Killing Time is to be re-launched but as a remixed project including some new remixes from her other solo album Mastermind. It is also possible that it could possibly contain videos as well.Tina is currently working on a new single which is expected to be released late in 2007.