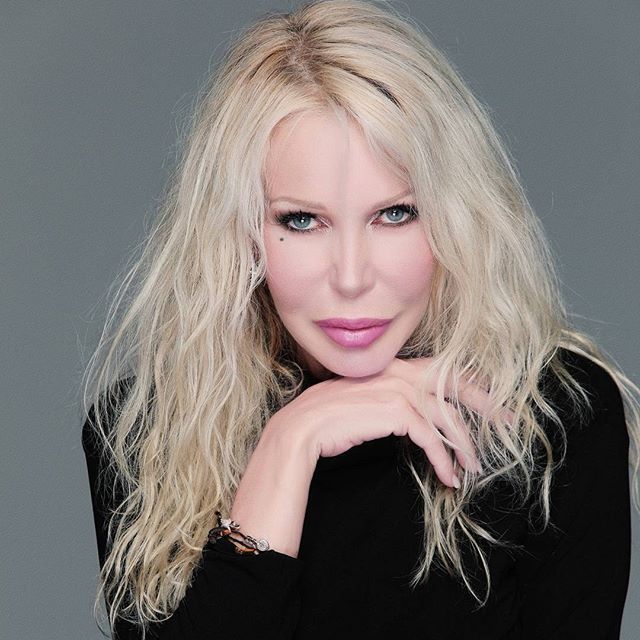 1986
Spagna debuted in March with “Easy Lady,” a single that reached the top of the European hit parade in just a few weeks, selling an astounding 3,000,000 copies. Spagna become an international star, and her success grew even more when the Italian audience discovered that she was actually an Italian artist despite the fact that she sang in English.Some months before, the single had already been released as in import in France, where it became a huge success. In the same year, Spagna was awarded the “Silver Telegatto” prize as revelation of the year and Festivalbar as best young artist.

1987
This was the year of Spagna’s definitive affirmation on the European music scene. Her second single, “Call Me,” went straight to the top of the Eurochart (the classification of the highest-selling singles in Europe) and remained there for 12 weeks. This was a first for an Italian singer, with Spagna outselling no less than Madonna and Michael Jackson. During the year, her first album, “Dedicated to the Moon,” was also released, including a second single, “Dance, Dance, Dance.” This debut album sold more than 500,000 copies throughout the world.

1988
Spagna continued in the dance style on her next album, “You Are My Energy,” dedicated to her father Teodoro. The album contained hit singles such as “Every Girl and Boy,” “I Wanna Be Your Wife,” and “Let Me” (presented at the Festival of Sanremo Festival in the special guest category), as well as the atmospheric “March 10, 1959,” which Spagna sang for the Dalai Lama in 1996. By the end of the following year the album had sold more than 5,000,000 copies.

1990
In January, in the wake of these astronomical sales, Spagna went to the United States, where she worked with well-known musicians such as Diane Warren (songwriter for Michael Bolton), Rhett Lawrence, Stephen Bray, and others. Spagna’s experience in America gave her a further opportunity to grow professionally, as is clearly demonstrated by the album “No Way Out,” which was released in 1991 and went gold after just a few weeks.

1993
Spagna’s fourth album, “Matter of Time,” was released, once again from her sojourn in the U.S., under the direction of Bobby Colombi. J.G.J. Vanston, who produced Tina Turner, and famed violinist Jerry Goodman also collaborated on the album.The hit singles included “Why Me” and “I Always Dream about You.”In the same year, Spagna published her first greatest hits “Spagna & Spagna” with her best songs. She wrote also songs for famous singers like for examples Corona (contained in the album “The rhythmof the night”) and Whigfield (“Saturday night”).

1994
Walt Disney Records invited Spagna to sing the Italian version of “Circle of Life,” composed by Elton John and Tim Rice for the soundtrack of the animated film “The Lion King.” This was Spagna’s first recording in Italian, a debut that was quickly rewarded with a platinum single.

1995
On the wave of the success of the Disney song, Ivana Spagna decided to debut at the Festival of Sanremo with a song she had written in Italian: the moving love song “Gente come noi.” Ivana’s performance on the stage of the Ariston Theater earned her the third prize. She then released “Siamo in due,” her first album in Italian, which in just a few months went triple platinum and became the absolute top seller for a female vocalist. Ivana became the star of the year in Italian music. The album contained hit singles such as “Come il cielo”, “Davanti agli occhi miei” and “Siamo in due”.

1996
This was the year of the second important stage in the career of the new Ivana Spagna, once again coinciding with her participation in the Festival of Sanremo with “E io penso a te.” The exciting album “Lupi Solitari” was released in the wake of Sanremo, becoming a huge success: it went platinum after only seven days. Amply surpassing the total sales of Spagna’s previous work, “Lupi Solitari” was a clear leap in her professional growth, which showed no sign of slowing down. It represented an important artistic phase for Ivana, who not only sang but also wrote the music and lyrics, as well as being the artistic and executive producer. With this album Spagna became the star of the summer 1996 and won the “Telegatto” as best female artist of the year.Spagna released also the English version of the songs “Lupi solitari” (Solitary Angels), “Colpa del sole” (The heat of the sun) and “Ti amo” (I love you) contained in the single “Ci sarò”.

1997
In April, she released a new album called “Indivisibili”. The album included singles like the heartbreaking “Dov’eri” and the title track “Indivisibili”. The extensive sales of the album, which are the real proof of an artist’s commercial success, once again rewarded Ivana Spagna.Again in 1997, Ivana enjoyed a successful summer tour of the most important Italian cities, followed by a short but well-deserved rest.In the same year Spagna released two best of: “Best of the best” with only English songs and “Ballads” with English and italian songs.

1998
Spagna bounded back onto the music scene, writing five new songs that completed a collection of her big hits in Italian. The album was released in conjunction with her third appearance at Sanremo, where she was among the protagonists with “E che mai sarà,” the album’s title track. The rise of Ivana Spagna seemed to be unstoppable, as she was chosen to represent Italy on the occasion of the FRANCE ’98 World Cup football championship. The song “Il bello della vita,” written by Spagna and Emilio Estefan, was included in the official compilation of FIFA (the Italian Football Federation). Along with a successful summer tour, where Ivana performed in town squares throughout Italy, the third single, “Lay da da,” was released. It was a triumphant year for Spagna, who reached the Sanremo Top (thanks to excellent sales) and was awarded the Telegatto D’oro prize as the best female artist of the year. She also wrote two songs for the Italian animated film “La gabbianella e il gatto” from a Luis Sepulveda’s book.

2000
For the fourth time, Ivana presented her new work at the Festival of Sanremo, once again as a protagonist with the epic and melodic “Con il tuo nome.” At the same time, record stores began selling her brand new album “Domani,” full of Latin rhythms and dance tunes, which took her on tour throughout Italy and abroad (Canada, Australia). The second single of the album, “Mi amor,” with its very caliente Spanish rhythm, was a radio staple throughout the summer of 2000, ensuring Spagna’s reign at the top of the musicaitaliana.com charts for six straight weeks. “Domani” clearly defined her artistic maturity and originality.

2001
In May, Ivana Spagna began a new and wonderful adventure, releasing an album of songs that evoke sweet memories, a selection of timeless pop classics. “La nostra canzone,” the result of a project by Sony Music Italy, is already scaling the heights of the charts. Preceded by the release of the single “Quella carezza della sera,” the album has been a huge radio and television success. The premiere was broadcast on May 6 on the Channel 5 TV show Buona Domenica. The artistic production of this album was entrusted to Peppe Vessicchio, a great master of Italian music.

2002
Spagna changed record company and returned to sing in English with the new single “Never say you love me…” and the new album “Woman” with songs in English, Spanish and French. There is also a duet (in a special rap version) with Demis Roussos, Aphrodite Child’s leader, in the song “Rain and tears”.In the same year, Spagna published her first book for children (but not only…) “Briciola (scrap) – The story of a stray” in a special box with also a cd with a song adapted to the story.

2003
In May started the Woman Tour 2003 with 50 shows in Italy and over 500.000 people all over the cities. The Spanish version of “Never say you love me…” was translated in Spanish and became “No digas te quiero”. This single was released in June in Spain a became in few weeks the hit of the summer in Spain. Spagna was also the guest star in a show in Fuerteventura (Canary Islands) during the Wind Surf World Championship. In July Spagna was awarded with the international first prize “Premio Letterario Ostia – Roma” for the book “Briciola” in the section literature for children.In December, during a tv show, Spagna was awarded with the “platinum record” for over 100.000 copies sold.

2004
On the 10th March 2004 “Woman” was pubblicated also in Spain and it was presented to tv, radio and presso in the most famous disco in Madrid called ALLEGORIA.At the end of March was publicated the new single “Dopotutto ti amo” from the album “L’arte di arrangiarsi”, sold since May 7.This album contain old Spagna songs with new arrangements and also a duet with the most popular group in Italy called “I Nomadi”.Spagna was in tour during the summer and presented the new songs.

Diario di Bordo” is the last Spagna’s record. It was publicated in May and in the same month started the Tour with 50 shows in Italy and over 500.000 people all over the citiesSpagna will present her new song “Noi non possiamo cambiare” during the Festival di Sanremo 2006.