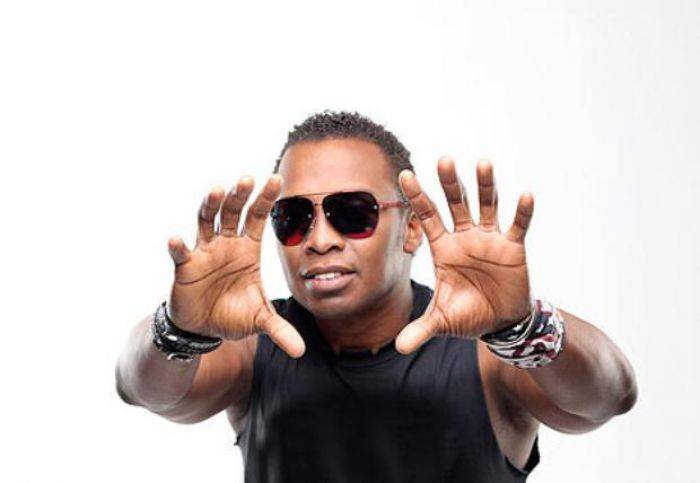 Techno pop artist, licensed to Arista Records from his German home at Coconut Records /Logic Records, Haddaway scored a huge crossover hit throughout Europe with What Is Love in 1993, followed by the equally strident Life.

He presents himself as being patient, tolerant, and having a sense of logic. Nestor grew up in the USA. He was very shy and stuttered during his childhood. He was a fan of the Beatles, Police and Prince, he learned how to sing, dance, and to play the trumpet and guitar, before relocating to Cologne, Germany in 1987, to find employment as a singer and dancer.

Haddaway was elected male singer of the year in 1993 in Israel. His debut album featured the voices of Lisa Noya, Elkie Schlimbach and Rena R. Otta as background. It achieved gold status in France and reached no.8 in the UK charts in November 1993. Haddaway himself, though often compared to the Euro-dance fare of 2 Unlimited and Cappella, is a far more sophisticated proposition. In 1994 he again scored significant success with two further singles, I Miss You (a slow, which reached no.7 in Israel, no.7 in UK , and no.3 MTV Europe) and Rock My Heart (which stayed no.1 in Israel for 2 weeks, and reached no.8 in UK, no.6 at MTV Europe) and began his first European tour.

The second album, The Drive was then released in 1995. The first single to be released was Fly Away, it reached no.4 Israel, no.20 UK, no.12 MTV Europe. The follow-up, Fire reached no.4 in Israel, but failed to enter the top 40 in UK. Who Do You Love, released in 1998, was no.26 in Israel. 1998: He released his third album Let’s Do It Now. 3 singles were taken from this album: What About Me, Who Do You Love and You’re Taking My Heart.

1999: A Best Of album was released. 2001: Haddaway is back with a brand new single entitled Deep and an album, My Face containing 13 new track., Unfortunately, with a majority of ballads and too few danceable tracks. 2003: Haddaway released his new single What Is Love Reloaded under the label Kontor. The vinyl included 3 mixes, a Reloaded mix, a Jens O. hard remix, and a What is club mix. A new album is planned , entitled Overdrive, it will include new version of What Is Love (Reloaded). In 2005 the single Spaceman and the album Pop Splits followed. In total Haddaway sold more than 20 million cd’s.Besides a singer, Haddaway also is a danser, stylist and choreograph. He also has his own fashioncompany.