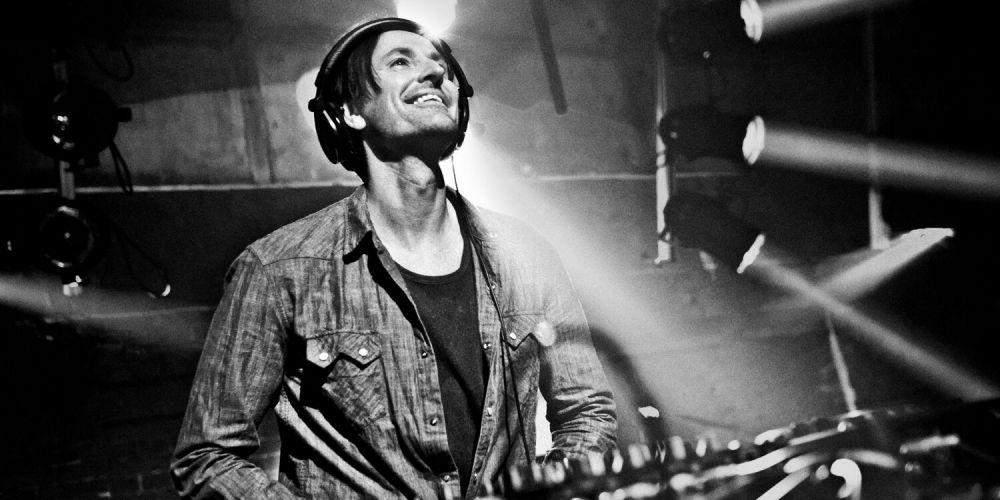 As one of the most sought after Dutch DJs, Erick E’s schedule is constantly filled with bookings at big events and prestigious clubs at home and abroad. Erick E simply knows how to work a crowd and that ability has kept him at the pinnacle of Dutch house music scene for well over a decade.

Are you interested in booking Erick E for an event or festival? Please contact us for further information. We are happy to advise you about options and possibilities.

Who is Erick E

Aside from his energetic and danceable mix of (tribal) grooves, the main reasons for Erick E’s immense popularity are his infectious enthusiasm and charisma behind the decks. His interaction with the crowd is simply second to none. He’s the undisputed Number One DJ from Amsterdam. Wherever he goes, expect sell-out crowds of happy people, dancing to the grooves of Erick ‘Boogie Down!’ E.

Erick E’s DJ-career kicked off in 1986, when he started making a name for himself in Amsterdam as an extraordinary hip-hop DJ. His DJ talents didn’t go unnoticed. In 1989, he won the Dutch DMC Championship and that was just the start of things to come. One year later, Erick E represented the Netherlands at the DMC World Finals. In the following years his musical soundtrack changed, but his star kept rising at high velocity.

In 1995, Erick E was the face and sound of a new generation of DJs to emerge from the Netherlands. His hard work and rising popularity resulted in his Saturday night residency at Amsterdam’s legendary house temple RoXY. His weekly ‘SWET’ nights were a huge success and were frequented by some of Amsterdam’s most extravagant clubbers. Sadly though, it all came to an end in 1998, when a slightly over-exuberant celebration of the death of one of RoXY’s founders ended in the fiery demise of Holland’s most famous club ever.

With the demise of RoXY, Erick E lost his weekly steady job. However, it didn’t leave him unemployed. In fact, ErickE soon had a busier schedule than ever before. Without his weekly RoXY engagement, Erick E was free to go wherever he liked and he soon became Holland’s most in-demand DJ. His reputation as a groovy party-starter got him booked in every corner of Holland, at both intimate and huge dance events, ranging from mainstream to underground. Erick E has done it all! He rocked the decks at Dance Valley main stage as well as at the massive Sensation event hosted in the Amsterdam Arena for a crowd of 40.000.

Erick E’s schedule is not limited to the Netherlands though, as he has spun across the globe at high profile clubs like Haoman 17 in Jerusalem, Amnesia and El Divino in Ibiza, Crobar in Miami Beach, and Turnmills in London, to name but a few. Erick also started a few of his own club nights. His first project was the prestigious EVE club night for which he invited the likes of David Morales, Deep Dish, Junior Sanchez, Yousef, Phats n Smalls and Felix da Housecat, who all joined him is a musical extravaganza for an audience filled with fashionistas.

EVE came to an end in 2002, but in 2004 ErickE started a new project called SNEAKERZ together with some close friends and colleagues. Sneakerz is a concept that offers young, upcoming creative artists the opportunity to squirt their creative juices in front of a big audience. Sneakerz is still going strong and is putting a definite mark on the Dutch dance scene with innovative features and constant sell out crowds.

Given Erick E’s increased focus on the production-side of his trade, the future should bring an ever-increasing amount of success for this promising talent, or should we say: seasoned veteran. Erick E: high-calibre DJ, explosive party-starter, gifted producer.

HouseQuake is without doubt the continual club sensation of the Netherlands. This musical movement by DJ Roog and Erick E has definitely caused waves throughout the clubbing world.

In 2005, ErickE hooked up with long time friend and partner in crime, DJ Roog. The two of them make up the cream of the crop of the Dutch house scene. The DJ duo displays amazing chemistry and they’ve proven that in their case, one plus one equals more than two. They regularly perform together under the Housequake banner and showcase their chemistry at Dance Valley 2005.

House is still smoking hot in Holland, with a new generation of dance fans coming through. Both Roog and Erick E have played an important role in the development of the Dutch scene and are pioneers of the genre, retaining their enthusiasm throughout the years.

The differences between both artists is indeed the key for their successful collaboration – always up for it! Party DJ Erick E versus serious music lover Roog. Behind the deck magic occurs, the duo forms an inspirational team and push each other to the next level. It is a dynamic, musical battle, each challenging the other to top the next track.