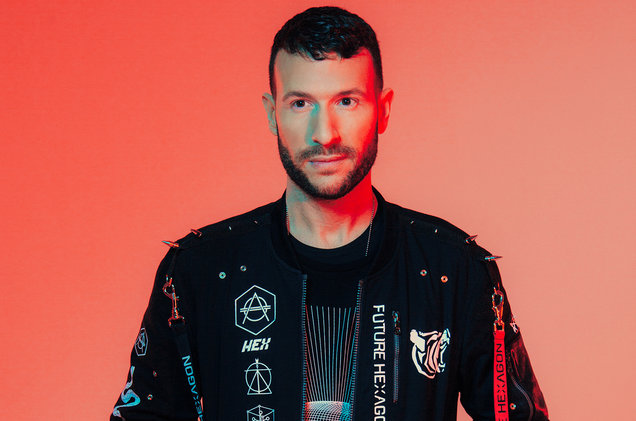 Don Diablo’s career as a DJ took off when he exploded on the worldwide scene in 2005, after the unexpected success of one of his records. From that moment on Don Diablo has rocked nearly every renowned event or club on this planet. A little resume: Glastonbury, Creamfields, Ministry of Sound, Space (Ibiza) and the Australian Summadayze & Stereosonic festival tours.

Are you interested in booking Don Diablo for an event or festival? Please contact us for further information. We are happy to advise you about options and possibilities.

Who is Don Diablo

Don Diablo is a producer, DJ, musician, singer, visualist, retired streaker and to some people an imaginary friend. His musical journey kicked off at the age of fifteen, when he started making music for short movies he was directing. With loads of time on his hands, Don Diablo was able to experiment with music and fine-tune his production skills. The outcome of this all: he signed his first record deal before he turned 16. Two years later he had already released 35 records under many different guises.

Don Diablo always plays with 4 decks when he DJs, to give that extra bit of hype and creativity that has become his trademark. His friends like to describe his sound as a mix of Punk Funk, Electro Breaks and Distorted Disco, while Don thinks it’s just good music. His tour schedule takes him from Hong Kong to London and from Miami to Sydney. While travelling the world, Don Diablo also managed to complete his studies and scoop up a Bachelor’s degree in Journalism.

Besides his own career as an artist, Don Diablo is also producing for other people. You can hear one of his co-productions ‘Make You Pop’ in the worldwide Diplo Blackberry campaign. Don worked with artists like Rox, Example, Dragonette, Sidney Samson, Diplo and Ou est le Swimming pool. He also remixed for the Mika, Chemical Brothers, Cassius, Gorillaz, Public Enemy, Iggy Pop, Plump DJ’s and many others.

Don has also been very active in the blogscene, always trying to connect to the early adaptors around the globe. According to North American music blog aggregator The Hype Machine Don was named Most Blogged Artist in the world several times. This gave him lots of kudos from the internet community and the alternative press. It also brought him in contact with the remarkable singer Martina Sorbara of the Canadian electropop group Dragonette. A collaboration between the two resulted in Don’s single ‘Animale’.