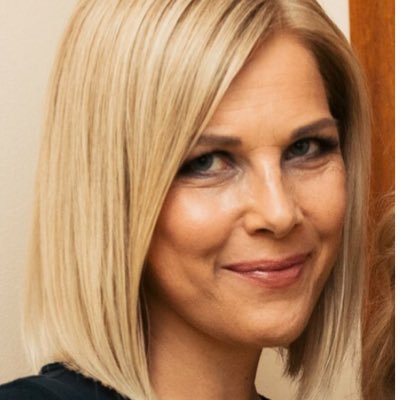 C.C. Catch was born in Holland and was supported by her parents from an early age, when they recognised her talent and encouraged her wish to be a “famous singer”. Her father was especially supportive and still plays a very important role in her successful career as her manager and tour-manager.
From an early age the up-and-coming singer took part in talent contests and was originally a member of a German girl group, which released 2 Singles.

She was first discovered in the mid-1980s by the German songwriter and member of the top German group Modern Talking, Dieter Bohlen. He invited her to his studio for an audition. Shortly afterwards she signed a contract with him, which was to launch her solo career.  With her new solo record contract it was important that she had a strong Artist name. She therefore decided on the name C.C.CATCH, the two “C”s standing for the first initials of her two first names and CATCH was a good idea and looked great with the initials. So finally C.C. CATCH was born! In the Summer of 1985, on C.C.’s birthday, the song “I Can Lose My Heart Tonight” was released as her debut Single. The Single became a big hit in Europe.

Dieter Bohlen and C.C. worked together until 1989 during which time 12 Top 20 Singles and 5 Chart Hit Albums were produced . C.C. decided in 1989 not to renew her contract with him and BMG, her record label, and left Germany to live in England.

On a New Year’s Eve television show in Spain, C.C. met Simon Napier Bell (ex-manager of Wham’s George Michael). Simon was very interested in working with her and shortly thereafter became her manager. A new contract was signed with the label Polygram (Metronome). A new album, “Hear What I Say” was prepared with new producers, including Andy Taylor (ex Duran Duran), Dave Clayton (worked with George Michael and U2) and Jo Dworniak. From this album, a Single was released in 1989, called “BIG TIME”, which went to number 25 in the charts.

During this time BMG released the Single “Baby I Need Your Love” along with the compilation “Classics”. Dieter went on to release her recordings “Good Guys Only Win In Movies” at the same time C.C. released her next Single “Midnight Hour”. “Hear What I Say” was released at the end of 1989 and was the last album released by C.C..

Many of her fans liked the album because she co-wrote 7 of the songs and C.C. was happy because she could finally do what she always wanted to do – writing. It was a very good experience for her to have a key role in the making of this album. It sold more than her previous two albums, “Big Fun” and “Diamonds”, demonstrating her abilities as an artist working on her own terms. Afterwards, C.C. parted with Metronome on good terms to take time out from the music industry. During this time she focused on her spiritual growth, practising yoga and a form of meditation; she also started writing her own songs.

In 1998 she re-entered the music scene. She agreed to do some promotional work for BMG for a new compilation “Best Of 98”. Two Singles were also released, “C.C. Catch Megamix ‘98” and “I Can Lose My Heart Tonight ‘98” for which she received a Gold Record.

Living in Germany again and has recorded her new Single “Shake Your Head 2003” with Savage Productions, who are Artists as well as producers and have produced acts such as Oli P, Noble Savages and Enie (who is famous as the ex-moderator of Bravo TV and now the face of German T-Online advertisements). The Single is a re-working of the Was Not Was track, originally featuring vocals from none other than Ozzy Osbourne.

C.C. Catch still has a huge fan-following and is busy touring in Europe this Spring and Summer, she is also appearing as support act for Modern Talking in the USA. She has been compared to Kylie Minogue, who also started her career in the 80s and is back on top now, looking and sounding better than ever! Convince yourselves – you will not regret it.