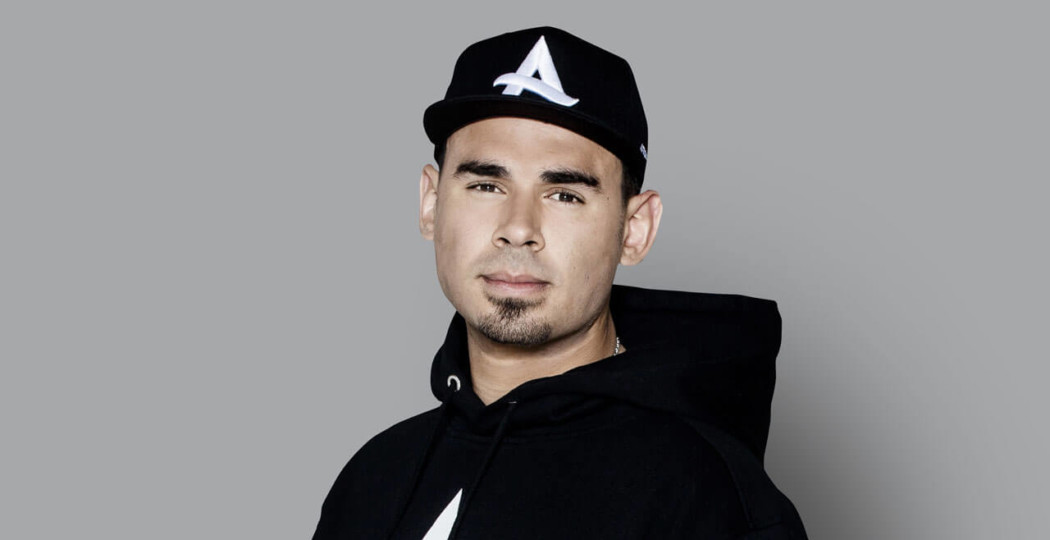 The stars must’ve been aligned just right when Nick van de Wall (also known as Afrojack) saw his first ray of light. Music was his first love since day one, although it didn’t manifest until his fifth year, when he started playing piano. Being a very creative student, Afrojack spent most of his time listening to all kinds of music while studying. To no surprise it didn’t take him long to turn the tables around and start to make music instead of just listening to it.

Are you interested in booking Afrojack for an event or festival? Please contact us for further information. We are happy to advise you about options and possibilities.

At the age of 11, Afrojack downloads a program called Fruity loops. At this point in time his talent and passion for creating music truly surfaces. Rapidly acquainting himself with and appreciating Fruity Loops, it becomes his program of choice, which he uses to this day.

Afrojack finishes school and decides to proceed with his musical carrier. Not being able to make a living out of it yet, he starts to work part-time in bars and catering. Now he has more than enough time to discover the club scene in Rotterdam, starting with his first night out in the old club Las Palmas when he was only 16 years old. After this many club nights, side-jobs, small DJ-gigs for the fun of deejaying and a lot of studio time followed.

In 2006 he sets off to Crete (Greece), deejaying for five full months straight in every club that will have him, learning the craft and making his first ‘flight hours’. It was also in Crete where he landed his first small hit, called ‘F*ck Detroit’. When returning home to the Netherlands, he’s still fired up and makes some more tracks, and is determined to get it out on a label. With a little help from Sidney Samson and Laidback Luke, Digidance decides to give it a shot, and it worked; ‘Afrojack – In Your Face’ scored no. 60 in the Dutch top100 and no. 3 in the Dutch dance top30. Not too bad for the first release of an 18 year old kid.

In 2007 Nick starts performing under the name Afrojack, determined to proceed to the top as a DJ and producer. Track after track and remix after remix follow. Afrojack is rarely seen outside of his studio. When he’s not deejaying, he is producing and it starts to pay off. His tracks get played and massively supported by international DJ’s like David Guetta, Josh Wink, Dave Clarke, Laidback Luke, Fedde Le Grand, Marco V and national DJ’s like Chuckie, Benny Rodrigues, Erick E, Roog and Sidney Samson. Just to name a few.

In 2007 Afrojack starts his own record label, Wall Recordings (exclusively for Beatport and Juno). A whole bunch of quality releases soon follow, such as ‘Don’t Be’, ‘Proper Introduction’ and ‘Thief’.

In 2008 he hits the clubs with ‘Math’ and ‘Do My Dance’ and again both tracks get picked up by every big name in the industry. Afrojack hooks up with Partysquad and a couple of weeks later, a ‘Drop down (do my dance)’ co-op mix is born and hits the Dutch top 20. It gets crowned Tune of the Week by the biggest Dutch radio stations, and even the biggest Dutch music television network TMF. Afrojack also appears at many festivals. To name a few: Mystery Land, Tomorrowland (Belgium), Extrema Outdoor and Sensation.

Afrojack’s popularity is rising internationally. He is considered to be a genius producer and creates a series of collaboration with international artists like David Guetta, Diplo, Kid Cudi, Chuckie, Laidback Luke and Steve Angello. Most of his tracks are featured on Beatport.

Respected by his colleague DJ’s for his production talent and skills and loved by clubbers for his dancefloor bombs and energetic performances, Afrojack sets a new standard in the industry and is here to stay.