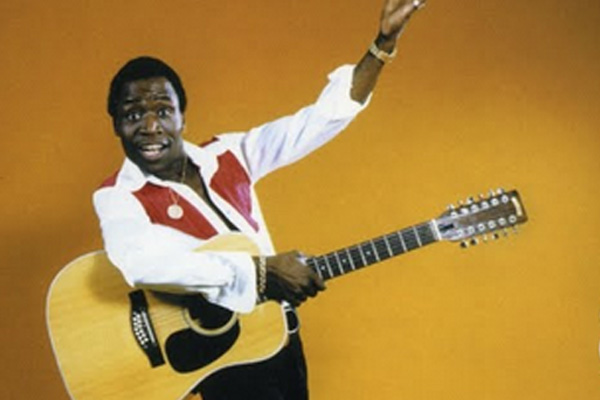 For many years, Afric Simone turned on the guests of various international night clubs, when he was not doing his regular 40 days tour of African and South American cities. Afric Simone is a drummer as well as a singer and an entertainer. This showman sets about every new task with the same joy and enthusiasm. He has musical feeling and the ability to captivate the public.

Who is Afric Simone

Afric Simone is very selfassured on stage and, above all, he has experience. Where does he come from? How did he acquire his talents? He grew up in Mozambique on the East coast of Africa, in the capital Lourenco Marques. He appeared there on stage and a manager asked him to come to London. For someone who had his first contact with Western show business in London he has gathered invaluable experience for appearances in other European capitals. Afric Simone’s manager soon discovered his real talents.

He gradually gathered experience in doing gigs. What does it feel like for him to appear in clubs every night? It’s a hard job. It’ s not quite the thing, spending every night in smoky clubs, but if you are tough enough you will not be disappointed with other jobs in show business. Afric Simone was tough enough. Sometimes he was a drummer, sometimes he sang with a group. Finally, he was the unrivalled star of the show. Although he was never at a loss for engagements, he extended his repertoire and did something for his career by making records by the score.

Then things really took off. Afric Simone who, besides speaking German, English, Portugese, French and various African languages, simply said to himself ” language can’t be a problem if the rhythm, the music and the sound are right.” This idea resulted in a very special mixture of his own native tongue and European Happy Sound . “RAMAYA” was one of the many titles.

Although nobody knew what it meant, everybody liked it. Afric Simone, of course, did his share in the success of his music. Nobody would have taken any notice if he hadn’t sold it the right way. He was lucky that Eddy Barclay , no less, happened to see his show. The French record tycoon felt that working with Afric Simone would be a good deal. The day after one of his famous parties; everybody was suffering from a hangover, but Afric Simone, who had entertained the guests with his show, booked 10 TV appearances to his credit. Eversince then, he has not been seen on stage in a night club. ” RAMAYA” is sung everywhere in South America.

When asked “What are your plans for the future?” Afric replied, I want things to keep going on this way.